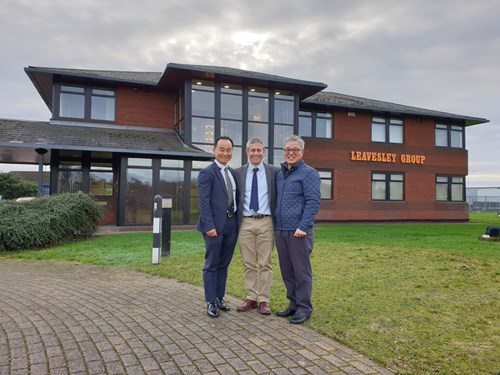 EuroHousing-Ansung, a major player in the construction and equipment supply sector in South Korea will install   the 360 Freedom Farrower® on their new show farm which is under construction.

150 pens to be manufactured under licence by agreement with Dalgety Farm Systems Ltd will be modified to suit the 'Korean market'. The 360 Farrower was chosen by EuroHousing-Ansung CEO, Mr Shin il Shik and Senior Director Mr Hee Kwon Yoon, after reviewing alternative products  at EuroTier 2018.

Although welfare issues are not generally associated with Asean countries, there is a growing awareness amongst sophisticated and wealthy consumers who place a high value on the provenance of their food. EuroHousing-Ansung see the 360 Farrower as a first step in the provision of higher welfare facilities to their South Korean customers.