The 360 Freedom Farrower® is the ideal solution for progressive farmers looking to upgrade their farrowing systems in response to growing demand for higher welfare standards. Now in use for 9 years, in 6 countries over 4 continents, the 360 Farrower is a proven & viable alternative to the farrowing crate. 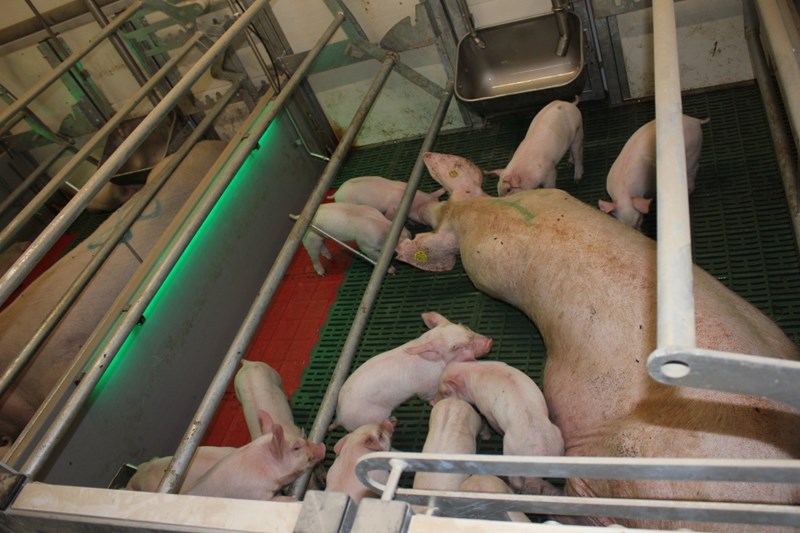 The unique design of the 360 Farrower® gives the sow freedom of movement whilst retaining the footprint of a conventional crate. Moveable restraining bars enable close containment when necessary for the safety of staff.

Higher levels of animal welfare bring benefits to both the pigs and your business by reducing stress levels in the animals and enhancing performance. All of our experience shows that lactating sows are more contented and relaxed in the 360 Freedom Farrower® providing for improved milk 'let down', fewer interventions and a reduced requirement for medications.

The innovative design of the 360° Freedom Farrower® has been well received by animal welfare bodies and has won approval from Compassion in World Farming (CIWF) when used in conjunction with minimal confinement and adequate manipulable materials. 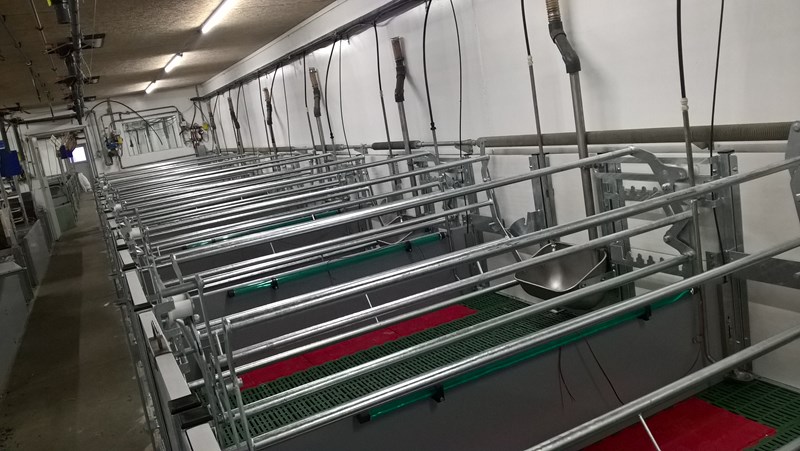 The 360 Farrower has been developed on Leavesley Group farms in response to the demands for higher welfare standards. Now in its ninth year of successful use, the 360 is continuously refined for ease of use and improved performance.The 360 Freedom Farrower® is the only free farrowing system to give good commercial performance within the same footprint as a conventional farrowing crate.

There are two optional layouts for the 360 Freedom Farrower® :- 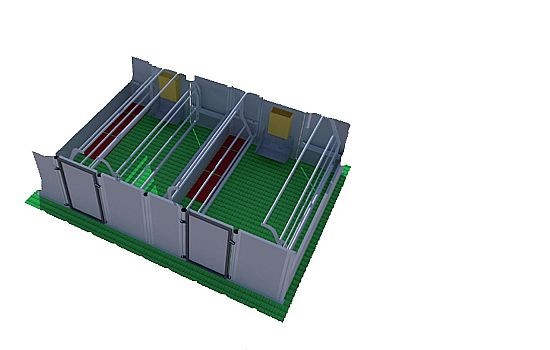 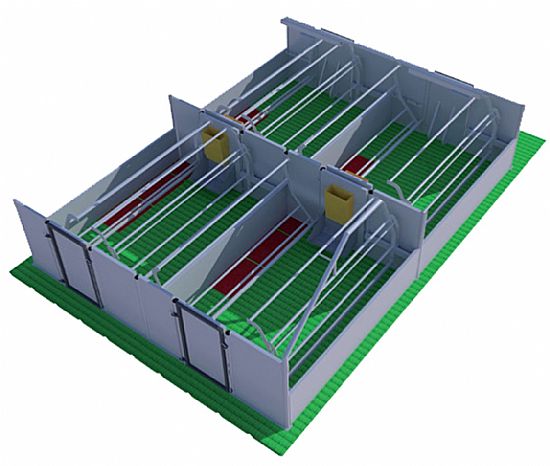 Each 360 Freedom Farrower® unit consists of:

Additional equipment and services are available through our approved distributors:

In the absence of local distributor services a full installation and supply service is available through our international partners. Subject to a site survey, terms and conditions. Minimum volumes will apply. Alternatively, we are happy to work with your local supplier.